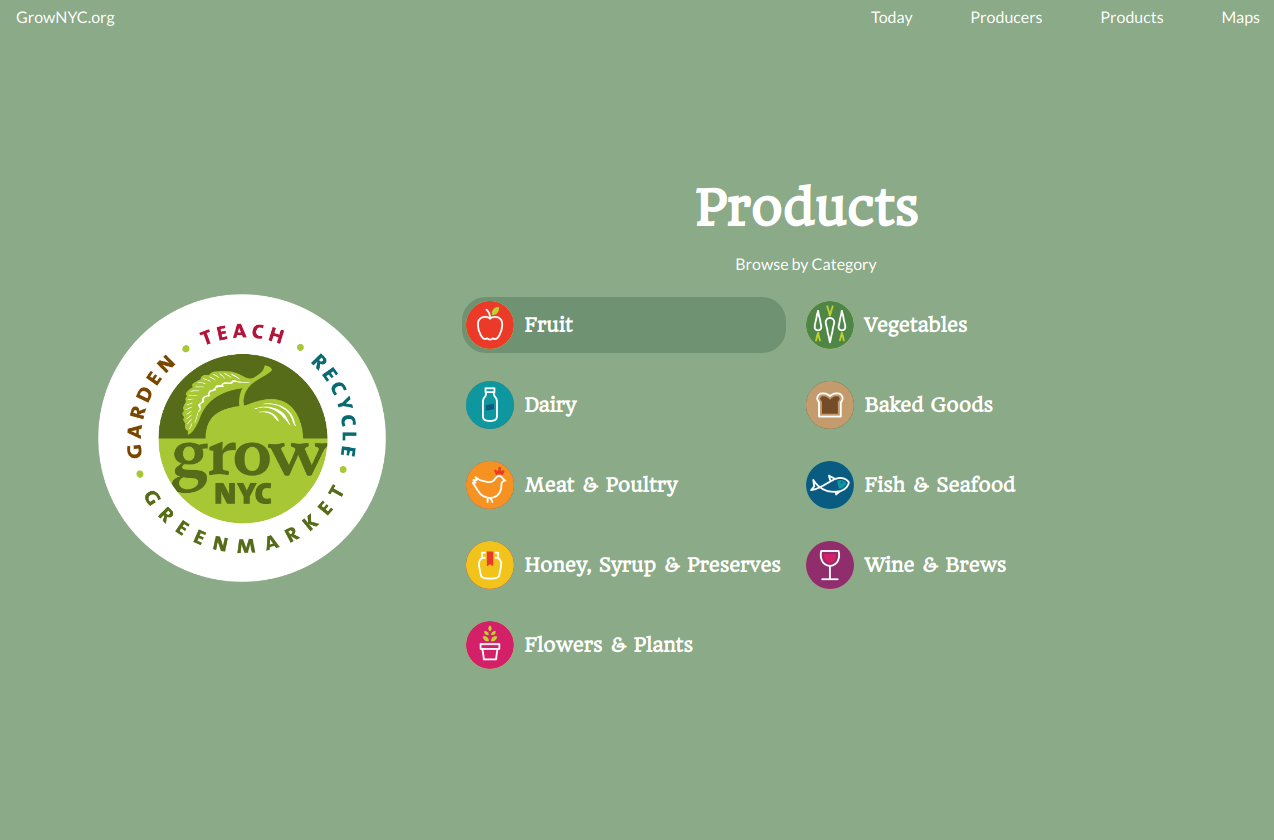 A web application for browsing what farmers and products are available at the Union Square Greenmarket.

The Greenmarket Web App lets users browse their favorite farmers and foods at GrowNYC's Union Square Greenmarket. Over 100 unique producers attend the market each week, bringing thousands of different seasonal products. The app makes it easier for shoppers to find out what's in season, and who's attending market each day, before they ever leave the house.

History of the Project

My involvement with this project goes back to 2013 when it was started to produce a native application. Back then, I had no programming experience, but managed the project as an employee of GrowNYC, overseeing the volunteers who provided their programming abilities, as well as the app's launch and promotion. It started as just an Android app, with a backend API written with Ruby on Rails. Later an iOS version was added, but there was still no web-facing version of the app that shoppers could access from desktop and mobile browsers.

Once I had taught myself JavaScript and little web development, I decided to take a shot at creating a web-based client myself, using React.

Currently the application is finished development of the first release, and only awaiting deployment.